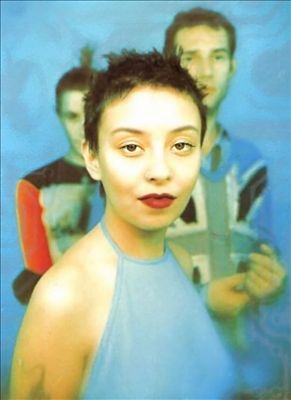 On the ’90s nostalgia train this week: trip hop & Ally McBeal, sundresses & biker boots. Sneaker Pimps’ 6 Underground launched me in to a Bond-esque orbit. It was really just the 405. Driving, driving, driving. Sunroof, Slurpee, Sunset. Imperial Highway, I-10, PCH, Santa Monica Bou-le-vard. K.C.R.W. The bubble of film school, where you could navel gaze, roller blade & delay, delay. I worked for a woman who Fed-Exed her Armani suit from Cannes to LA. Because she had vacation plans in Italy, after. I drove the box up through the Hollywood Hills & left it with her caretaker. Her pool was kidney-shaped.

AIDS was reality’s shadow. A friend of my cousin; he’d come to WeHo from Florida. He played me Mariah Carey for the first time. Vision of Love. And paid me well to sand & spackle the walls of a condo he bought, about a year before. The down payment came from money he’d embezzled from work. He never got caught. He just passed away.

Vision of Love is still my favorite Mariah song.

And 6 Underground is the business.