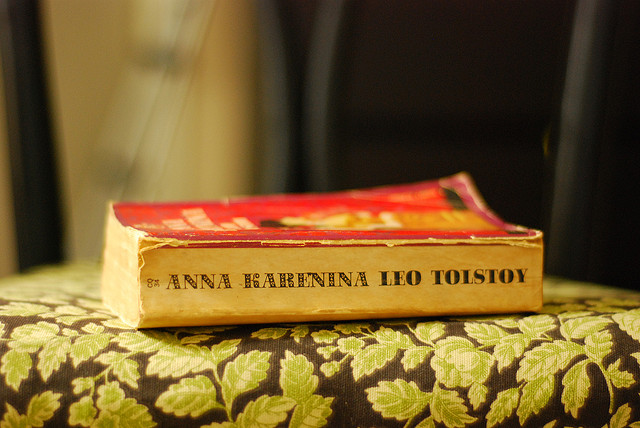 Hey Anna! Yeah you, Anna Karenina, lying pale and stricken on the train tracks. You think you’ve got it bad? You think it’s difficult being a woman without honor in Imperial Russia? So they call you improper, scandalous, an insult to decency. So they kick you out of your home, prevent you from seeing your child, shun you at the opera.

Try being a parent in the private school world of 21st century Hong Kong. Try being a parent of the kid who’s been ‘asked to leave’ school because of some stupidly bad, bad decision. And try being a friend of that parent as the whole community weighs in with judgments and recriminations and told-you-so’s.

For months now, I’ve been pondering how to write about this topic. Should I use humor, should I be ‘angry mom’, or should I just lay it all out there and ask you, dear reader: what do you think? And then I watched the recent Anna Karenina and I thought, yeah! There’s the parallel. Mistakes made, but few willing to empathize or forgive. In the world of mothers with too much free time and too many worries about their children’s futures, we talk and talk about other people and their kids, measuring and comparing and ultimately weighing them up as good or bad influences.

Do we believe, as Karenin did, that ‘sin has a price’?

See, here’s the story: A friend’s son is now at boarding school because of a huge mistake he made. There’s no doubt he screwed up. And there’s no doubt he wasn’t the only one involved, but he was the one who got caught. And for that he’s had to face the consequences. This happened a little over a year ago, and seemingly the dust had settled. Or so I thought, until I was approached a few months back by another friend, who expressed her ‘concern’ about our continuing relationship with this family. She said ‘some mothers were talking’, and she thought I should know.

She told me these things, I didn’t know how to respond, and suddenly, like that – poof – my five-year friendship with this concerned woman was history. She hasn’t spoken to me since.

It was an odd, empty feeling. Like falling in your dreams and waking up with a start. Part of me was angry, really angry, that some women – women I didn’t even know – were talking about me, gossiping about my child’s social life! So high school, right? And no doubt 100 times worse for the family in question. Part of me was hurt, for being shunned, for being judged. But another part of me felt confused and unsure and I asked myself: did I really put my child in harm’s way? Are we talking about bad influences here?

It was then that I realized nothing feels worse to a mom than sitting next to another mom who says emphatically, assuredly, with conviction, ‘I would never allow my child to do that!’ When the small voice inside you is responding, ‘Well, actually, I just did.’

Did I dodge a bullet or take one in the back? I’m still not sure.

Some parents are strict, some parents aren’t. One Dad’s idea of youthful experimentation is another Dad’s road to ruin. Some kids rebel at structure, some kids thrive with boundaries. You say Ted’s about a guy and a funny bear, I say it’s a foul-mouthed piece of cr*p. And yet the bottom line is – all things being equal when it comes to money, shelter, education, a stable household – you need a crystal ball to know if you got it right as a parent. Not to be facetious here, but do you think George W. Bush would have been president if there had been camera phones and Facebook when he was in college? The guy partied, hard.

In Hong Kong’s expat community we often become friends with the parents of our kids’ friends. Some relationships last, some end as soon as one family moves on to their next posting. And sometimes we have to decide if loyalty to our friends conflicts with our responsibilities as parents. While our hearts tell us to be Kitty, loving and accepting, our minds (our anxious, parental brains) twist us like Countess Ivanova, critical and disapproving. And we ask ourselves: do we want our kids to see us sticking by our pals in tough times, even if we disagree with the decisions they’re making as parents? We’re not in college anymore. Back then we could live with wild behavior in our friends (we were probably joining in), but it was conduct that we’d never accept in the mother who shares carpool duties with us.

After my encounter with the concerned mothers of HK, I began to imagine myself as Princess Myagkaya (minus the flawless bone structure and pale skin), reaching out to take Anna’s hand at the opera, to show her some kindness. I wondered if the Princess faced any repercussions after her show of support for a fallen woman. I wondered if she ever changed her mind about Anna. Maybe she thought Anna was a bad mom after all. Maybe she knew Anna loved her son dearly, despite the affair. Maybe she thought, I’m sorry Anna’s dead but I could never have allowed my child to have a playdate with her child.

You understand, don’t you?

For this post, I’d like to acknowledge a couple of articles that helped me find my focus:

*Amy Gray is a writer, mom, Australian – a person with good ideas. Find her at: http://peskyfeminist.com/