“California, California, you’re such a wonder that I think I’ll stay in bed…” 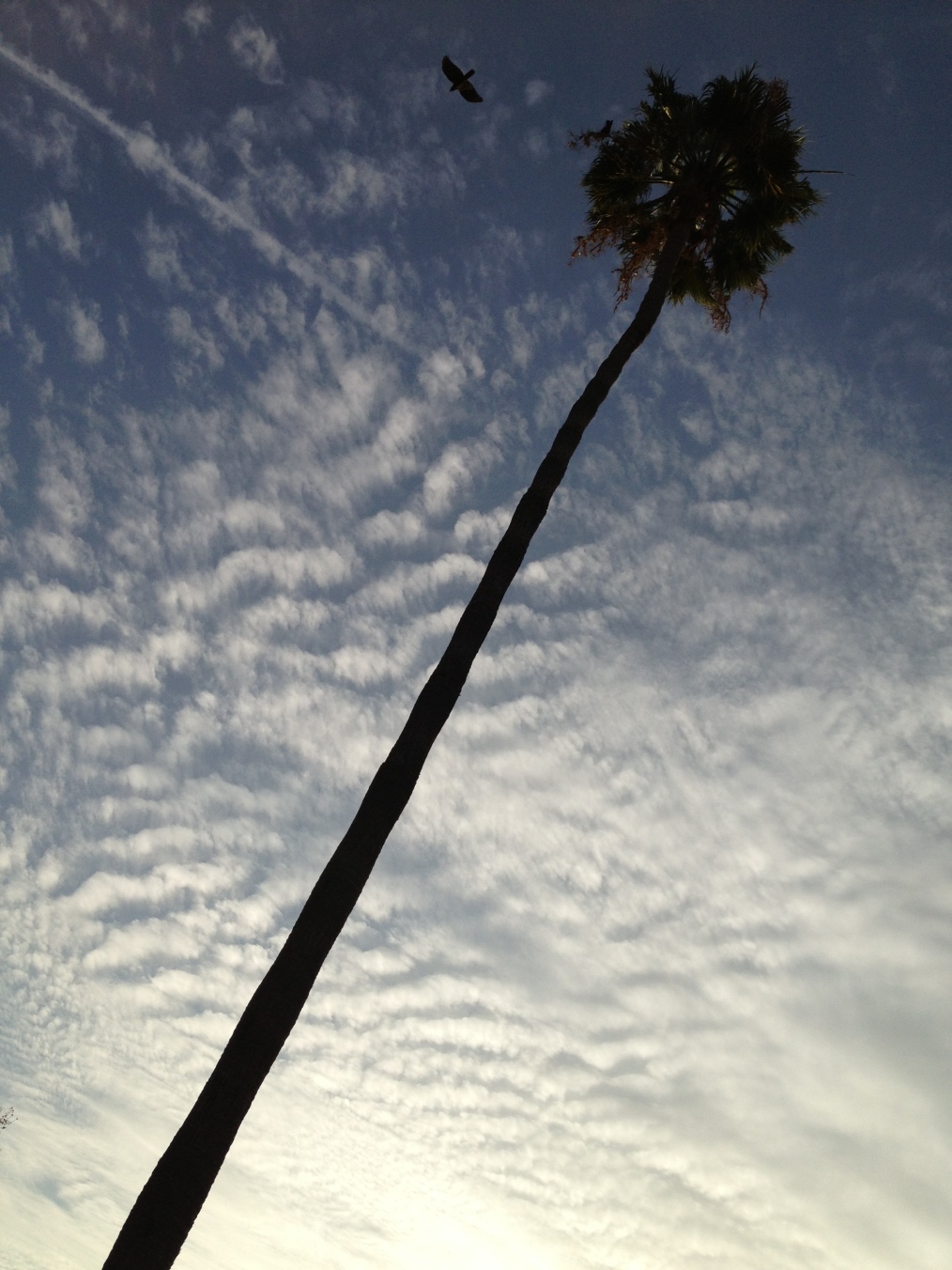 I’ve come to believe I’m inspired by my imagined Los Angeles, not the real thing. My memories are stronger and more stimulating than sitting in block after block of stoplights on Santa Monica Boulevard. As the relentless sun browns my forearms, I curse the traffic, the strip malls, the lack of parking, the banal movement of people and cars.

I lived here for three years and now I’m back for a week. And I wonder how I enjoyed the energy when it’s so fricking hard to get from A to B!

My stats thus far: four missed exits due to 405 construction, at least a half dozen U-turns (some illegal) and one $50 parking ticket. And that was in the first two days!

Have I flown here on an idea? A wishful scenario? The streets may not be paved with gold, an agent and a three-picture deal, but can they at least offer me an available parking spot?

I can only hope. I decide to head toward the sea. I get past Lincoln, down to Ocean, I get out of the car and I walk to the beach, to the never-ending lullaby of waves breaking. The sun is setting, the breeze is strong and the seagulls are so much bigger than I remembered. Now I know why I’m here. It sounds silly but I feel like the Pacific tells me so. I go to LACMA and drink in the light and the art and the tall palm trees silhouetted against the bluest sky. They escape my description, so I take a picture instead. I meet up with film school friends and we drink and talk shop: editing, writing, movies. I gossip with my cousin about celebrities, and I watch Fast Times at Ridgemont High at 10 o’clock in the morning, just because I can.

My job is to write, so I try to experience the city with ears and eyes wide open.

I walk the streets of West Hollywood and I realize there are a lot of weird old people here: tube-top-and-pink-cowboy-boot-wearing senior citizens pushing poodles in strollers.

I hear a lot of Goo Goo Dolls, Soundgarden and Jewel and I think this city is stuck in the ‘90s.

I sit at an outdoor café and I smile at the conversation going on behind me. A customer, who keeps calling our waitress ‘Hon’ and ‘Honey’, is giving her some advice:

“The biggest thing you have going for you is you’re not from here,” he says. “You’ll go far in this town. We have a governor who talks like you.”

The waitress is young and slim and she comes from a country where ‘J’s are pronounced like ‘Y’s. I don’t know if she responded favorably to being compared to Arnold Schwarzenegger, who is in fact no longer California’s governor and who hasn’t had a hit movie since, well, the ‘90s. But she smiled and said thank you as the man paid his bill.

Did she imagine this LA?