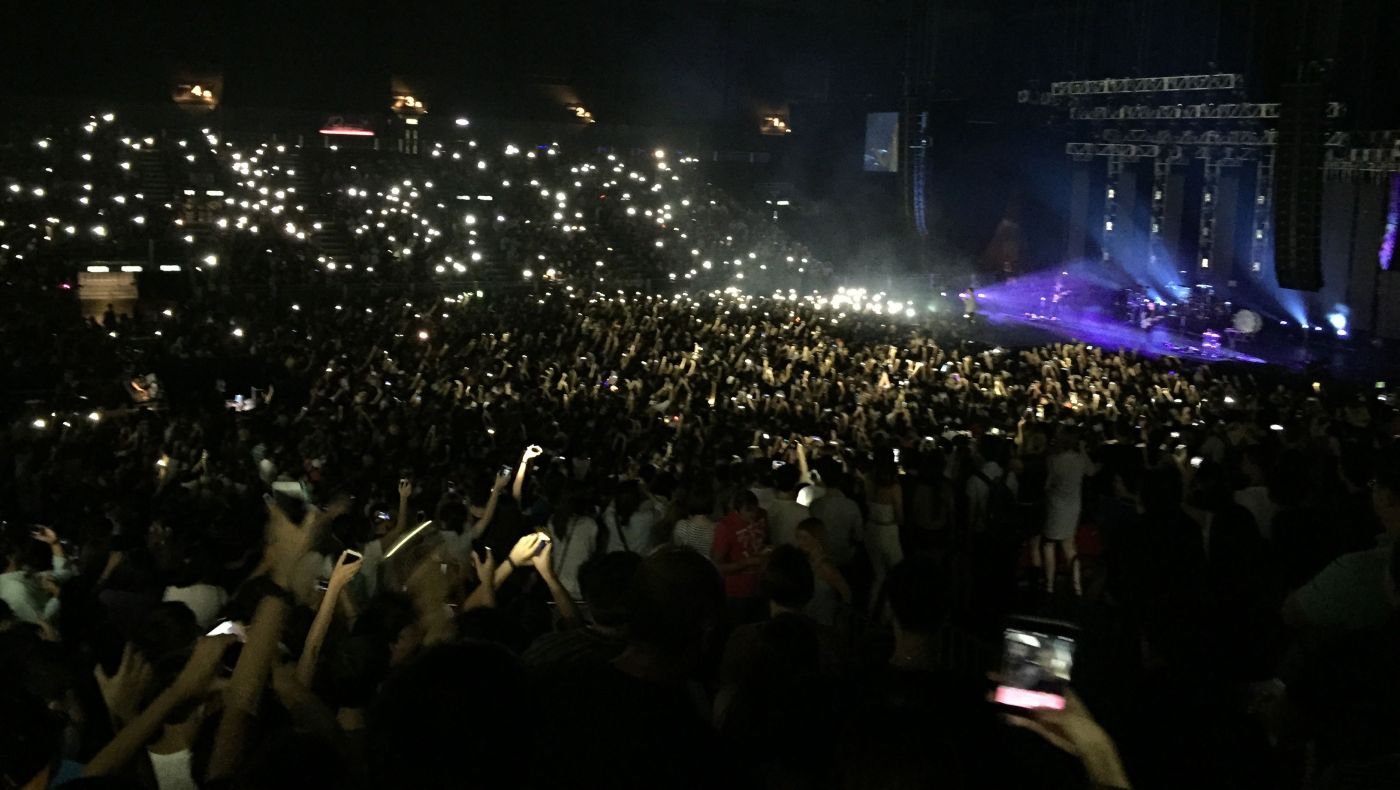 You are merely auditing this class. You are not in control. You are here for the ride.

This is not your party.

You know that going in. You barely know any Imagine Dragons songs. They’re a young folks’ band. But so what. There’s no need to criticize the band name (which is kind of kids’ cartoon silly) or get all snarky about their connection to the Transformers movies. They work hard and deserve to earn a living, don’t they?

However, try as you might, the atmosphere at their concert makes you feel old and cynical and angry – angry mostly about the lack of anger. A rock band with songs called ‘Tip Toes’ and ‘I’m So Sorry’? Whose lead singer never utters a four-letter word? Where’s the edge? Your memory takes you back to a scrawny, strung-out Guns N’ Roses opening for The Cult. Now that – that felt dangerous.

You grump about the sea of smart phones and the ADHD tension this creates. Documenting is not experiencing. But then you find your own self, posting a snap, and you vow to put away your phone and enjoy the show. Let the music wash over you – close your eyes, come on. They’re a tight band, and their live experience and skill shows. They’re not bad. Yet you can’t quite relax and embrace the spectacle due to the random thoughts in your head, such as:

Behind you, six true believers bring hope. They wave their glow sticks in solidarity and sing the words to every song. They are sweet, undaunted, and they’re having the time of their lives.

So is your youngest one, who hip bumps you and hugs you and stands arm in arm with you during the slow songs.

It’s then you realize why you’re here. This is her party.

*The line is actually: Dream maker / Life taker from ‘Smoke and Mirrors’. I heard what I wanted to hear. A little imagination 😉

2 thoughts on “Slaying the Dragons of Sarcasm”